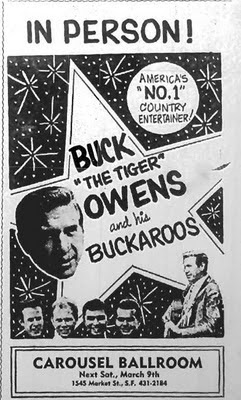 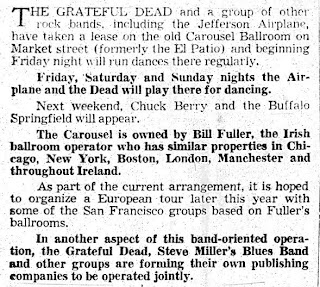 Irish music was a fixture at the Carousel, along with Big Bands, and Saturday night rock bands. As far as I know, only one country act played there, right before the Carousel's transformation into a rock palace, and it turns out to be the Buckaroos who posted the signpost to new space. And I might add, all they had to was "Act Naturally."
Posted by Corry342 at 2:26 PM 37 comments: