Earlier I had written two posts about the Grateful Dead's performance at the Aqua Theatre in Seattle, WA on August 21 , 1969. The Aqua Theatre was scheduled for August 20 and rained out, and the three acts on the bill, The Grateful Dead, The New Riders of The Purple Sage and San Paku, all performed the next night. During the August 21 show, the Dead were joined by a flute player, which most sources have generally listed as Charles Lloyd. Much as I love Charles Lloyd, I have always found his presence in Seattle in 1969 unlikely. I posited that the guest flute player might have been a member of the opening group San Paku.

Fortunately, the former road manager of San Paku saw the post and helped resolve the mystery. Apparently, San Paku reed man Gary Larkey was indeed the guest flautist with the Grateful Dead. More importantly, Larkey recalls the name of the Seattle club where the Dead made a guest appearance: Larkey recalled it as The Roach, but following Ross's insightful research in the Comments, I am assuming it was an apparently notorious establishment called El Roach, in Ballard, a suburb just Northwest of Seattle. The exact address was 5419 Ballard Avenue NW, between 24th NW and 25th NW Avenue (not precisely McNally's "15th Street," but not far off). The tavern was a regular music venue just 2.8 miles from the site of the Aqua Theatre, so it seems like a perfect fit.

Anyone from Seattle who can weigh in with more information about El Roach are eagerly welcomed in the Comments.

I am looking forward to more memories from the Grateful Dead's surprise guest appearance in Seattle, but this seemed interesting enough to post immediately.


5419 Ballard Avenue, Seattle, WA Today
Intrepid reader and photojournalist Ron was gracious enough to go the outdoor clothing outlet called Kavu that now occupies the former site of El Roach and photograph the site. He also pointed out that the town of Ballard was merged into Seattle proper in1907, so Seattle is more like a District than an actual municipality.  Here are Ron's great photos--granted, there has been some upgrading of the facility from a dive bar to a clothing store, but note the size of the place. Imagine the 1969 Grateful Dead (and the New Riders and Sanpaku) jammed onto a tiny stage in the back, blowing the house down... 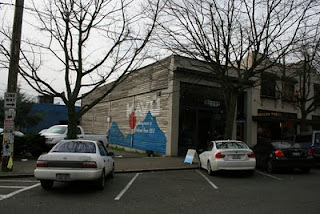 This is a front view. 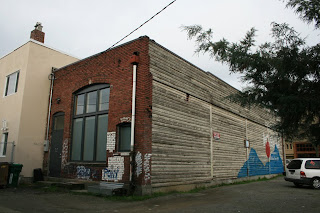 Here is a rear view. Ron observed that the rear of a building always undergoes fewer changes than the front, and this is probably pretty close to how 5419 Ballard Avenue looked in 1969. 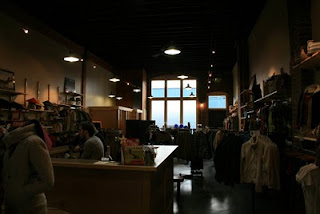 This photo is from the inside of Kavu, and appears to be from the front of the site looking backwards. The stage was presumably against the huge windows, which I suspect were not there at the time. Any old Ballardites who recall anything (anything at all) are encouraged to weigh in on the Comments.

Update: Here is an additional photo, from the front on the opposite side 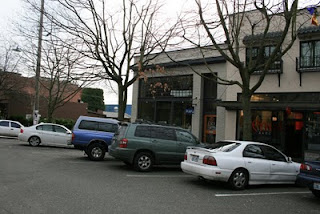